About Become a Member

“To promote & implement excellence in natural resource, outdoor and environmental education for all Alaskans.” 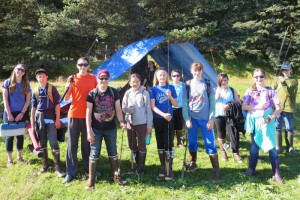 ANROE envisions a world in which…

The founding members developed by-laws and filed for incorporation as a nonprofit organization in 1985 and received approval from the State of Alaska in 1986. ANROE provided the first, and continues to be the only, organized statewide linkage between Alaska natural resource agencies and organizations developing education programs and materials and the teachers and “nonformal” educators who deliver the programs. In 1992, ANROE became the official state affiliate of the North American Association of Environmental Educators.

In 1998, ANROE received 501-c-3 nonprofit status from the Internal Revenue Service. The organization has had paid staff over the years, with the support of capacity-building grants. However, ANROE is primarily run by volunteers. Currently, ANROE is led by an all-volunteer Board of Directors and by committed members of the organization.

ANROE is led by a board of directors, elected for 3-year terms. During the school year, monthly meetings are held via teleconference. One face-to-face meeting is held each year, usually in the fall.

Board members represent a broad range of professional and educational institutions and interests and provide ANROE with policy direction and guidance. Each board member serves on at least one committee. Committees are: Executive, Networking, Curriculum, Membership, and Training.

Board members support the organization’s mission “To promote & implement excellence in natural resource, outdoor and environmental education for all Alaskans.” 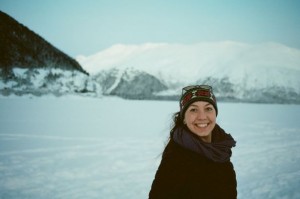 Kari has been a lover of the outdoors since she was a young person growing up in the valley of the Yellowstone River in Montana. This influenced her to pursue her undergraduate degree in Outdoor and Community Recreation. An internship requirement is what led Kari straight to Alaska. She served as an environmental education SCA intern for a science camp hosted by the Kodiak National Wildlife Refuge in 2011. This led to Kari becoming a seasonal ranger for the Kodiak NWR for five years where she worked as the camp director for the popular Salmon Camp. Kari has been working for the Yukon River Inter-Tribal Watershed Council in Anchorage the past couple years as the Environmental Coordinator. In this role, she assists in the organization’s water quality program, environmental technical assistance with Indigenous communities, and environmental education outreach. She enjoys going on adventures with her husband, hiking, camping, birding, baking, and the Christmas holiday. 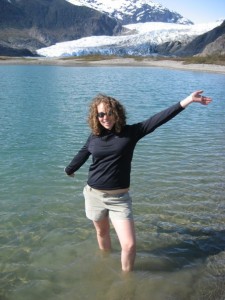 Veronica is a born and raised Jersey girl. She earned her undergraduate degree in Ecology, Evolution, and Environmental Biology from Columbia University in New York. She discovered her passion for wildlife research during the summer between her junior and senior years, when she was a research intern for Wildlife Trust, investigating the overall health of black-crowned night herons living in the New York Harbor. Her undergrad mentor offered her a position on a project in Alaska the following year, and although she had never really considered Alaska before, she was ready for adventure and accepted the offer. It was perhaps the best decision she could have made, because she has not left Alaska since. In her 10 years since moving to Alaska she has earned her Master’s degree in fisheries and is currently pursuing her PhD. Her Master’s research investigated the genetic relationships of least cisco, a whitefish species that is broadly distributed across Alaska. Her PhD research investigates the impacts of plastic marine debris on food webs in the Bering Sea. She is also currently the Science Education and Communication Specialist for the Aleut Community of St. Paul Island Ecosystem Conservation Office, where she helps coordinate science programs for students. She believes anyone can be a scientist, and she hopes that by spreading her love and passion for all things science, she can make the field more accessible to everyone. 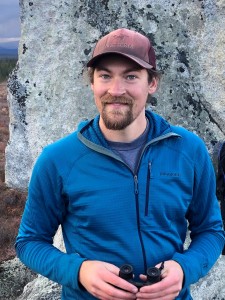 Tyler grew up in rural Pennsylvania and spent much of his childhood exploring his local forest and playing ice hockey. His connection to the outdoors only deepened when he moved to Alaska in 2009 to attend Alaska Pacific University. While obtaining a Marine Biology degree at APU, Tyler seized every opportunity to explore the terrestrial and marine backcountry. During his college summers, Tyler worked at Ageya Wilderness Education, a non-profit environmental education program for Alaska Native youth in Homer. Summers “across the bay” awakened the educator in Tyler and his passion for marine biology melded with his desire to educate folks about the environment. Over the last 7 years Tyler has guided and educated folks all over Southcentral Alaska and the desert Southwest. Tyler currently works as a STEM Educator for the Renewable Energy Alaska Project (REAP) in Anchorage. He enjoys gardening, fishing, skiing, boating, and taking long dog walks with his wife and their pup, Junebug. 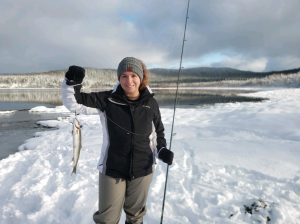 Melanie was raised near Dayton, OH. She grew up playing soccer and spending time outside. She was recruited to play collegiate soccer at Capital University in Columbus. During her studies, she expanded her interests to include environmental sciences and regional hydrology. After getting married, she moved west to Olympia, WA to pursue a graduate degree. Her studies encompassed utilizing Geographic Information Systems (GIS) technology for mapping the environment, science education, climate science, and natural resources management. Her favorite outdoor passions include kayaking, hiking, birding, trail running, fishing, and wildlife photography. After earning her master’s, she got the opportunity to work alongside the U.S. Fish & Wildlife Service to teach shorebird education along with being a bird guide on several wildlife refuges in WA. In December, 2018, she and her husband moved to Fairbanks and have been pursuing all of its outdoor adventures. She has since worked with the Alaska Songbird Institute as a science educator and field technician banding songbirds. She currently works as the Programs & Events Coordinator with the Friends of Creamer’s Field at Creamer’s Field Migratory Waterfowl Refuge. She has a B.A. in Geological Sciences and History from Capital University and a master’s degree in Environmental Studies from the Evergreen State College. 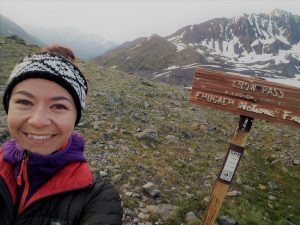 Taylor grew up in the suburbs of Connecticut and her innate curiosity in the natural world led her to pursue a degree in Ecology and Evolutionary Biology from the University of Connecticut. There, she spent her time watching birds, picking up snakes, and splashing around in streams searching for salamander eggs for her undergraduate research. Simultaneously, Taylor had worked with kids since the age of 16 and had a passion for engaging young minds. Eventually she put these two things together and has been working in the non-profit education world ever since! Since transplanting to Alaska in 2015 on the infamous “two-year plan”, and promptly realizing she would likely never leave, she has filled a range of science education positions – she’s worked at Bear Valley Communication Association, Renewable Energy Alaska Project, and now at Alaska Resource Education as a STEM Educator. She is also pursuing her Master’s degree in STEM Education from the University of Iowa. She is passionate not only about the natural world, but humankind’s role in it, and learning about ways we can live and use our resources sustainably. In her free time, she enjoys frolicking around Alaska by foot or by bike with her adventure sidekick, retired Iditarod champion Sorel. 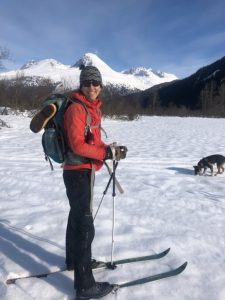 Tracy grew up hiking and exploring the Montana wilderness. She knew from an early age that she wanted to work with children and when she attended the University of Montana she pursed a degree in Elementary Education and Environmental Studies. She spent many summers working at outdoor education facilities including; the Teton Science School, Montana Natural History Center and the Glacier Institute. After completing her first teaching position in Montana she hopped on her bike and pedaled to Alaska with her sister. She fell in love with Haines, Alaska and founded a place-based summer camp, Haines Science Camp which she ran for 3 years before handing off the camp to a local museum and beginning a teaching position at the Haines School. Eventually, the pull to be working with kids outdoors drew Tracy out of the classroom and back into the environmental education field. She currently works for Takshanuk Watershed Council as the Education Coordinator. She provides watershed education to preschool through high school aged students in Haines, Klukwan, and Mosquito Lake. 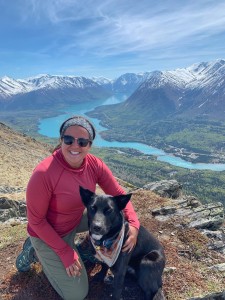 Meg found her passion for working with kids in the outdoors where she grew up hiking and fishing on the coast of Maine. While pursuing a career in child development and adaptive outdoor education at University of Maine, she spent five years working at a nature-based summer camp for individuals with varying disabilities and advocating for more inclusion in the outdoors. Moving to Alaska for a new adventure in 2018, she took on the role of Education Specialist at the Kenai Watershed Forum (KWF) in Soldotna coordinating their long-standing Adopt-A-Stream program. Fostering a connection to nature through watershed studies, Meg spends her time visiting local classrooms to share her passion for salmon, access to water, and being outside.

In addition, the following educators serve as advisers to the ANROE Board of Directors: